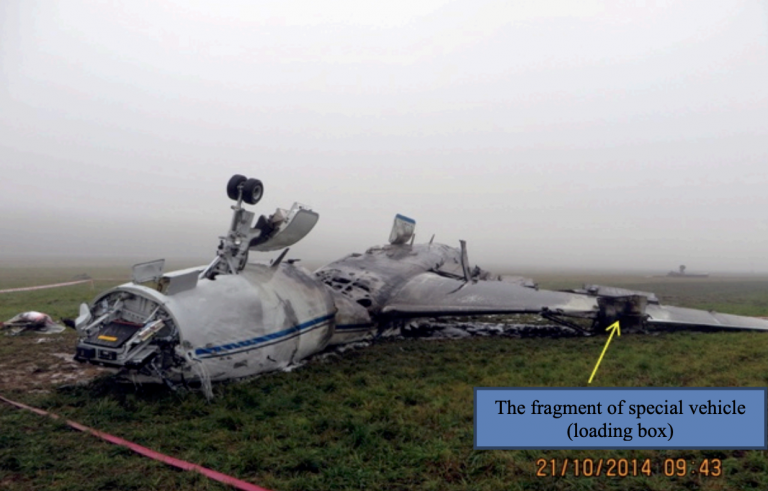 At nearly midnight on 20 October 2014, a Falcon 50EX business jet crashed into a snow removal truck which had penetrated the active runway while the aircraft was performing its take-off run in poor visibility (900m in fog) killing 3 crew and 1 passenger.

The vehicle driver and its supervisor were both under influence of alcohol, performed the work without a clear plan and did not inform Air Traffic Control (ATC) of that plan. They used a vehicle which was not equipped with a VHF radio so could not monitor the ATC frequency nor ask for permission to enter an active runway. The driver had switched the snow remover’s lights off. Without lights, the vehicle was not visible from the control tower. Although a surface movement radar (SMR) was installed, it was never properly configured, the controllers were not trained and loudspeakers (to generate an aural alarm) were never installed.

Nevertheless, the investigators mentioned that the controllers were obliged to monitor the take-off run using the newly installed surface movement radar (SMR) and in doing so could have prevented the accident. The Russian judicial system judged and sentenced the three Air Traffic Controllers not for causing an accident and the death of people, but for failing to prevent an accident with tools that were not properly set up for the airport.

The New View approach in Safety Management asks us to approach an occurrence by looking at the systemic context in which people operate. Although it is clear from the accident investigation report that the airport had many systemic flaws: alcohol use among ground personnel, unconfigured and faulty ground radar equipment, lack of training, lack of guidance on ground operations… Still, individual controllers were prosecuted and sentenced to 5 to 6 years of labour camp.

It is clear, that such a verdict will not resolve the identified shortcomings. On the contrary, it clearly risks creating an atmosphere of fear amongst the Russian Federation’s controller community that they could face similar charges while having done nothing wrong. This will not improve safety but is likely to have the opposite effect actively driving people to hide incidents, shortcomings and errors.