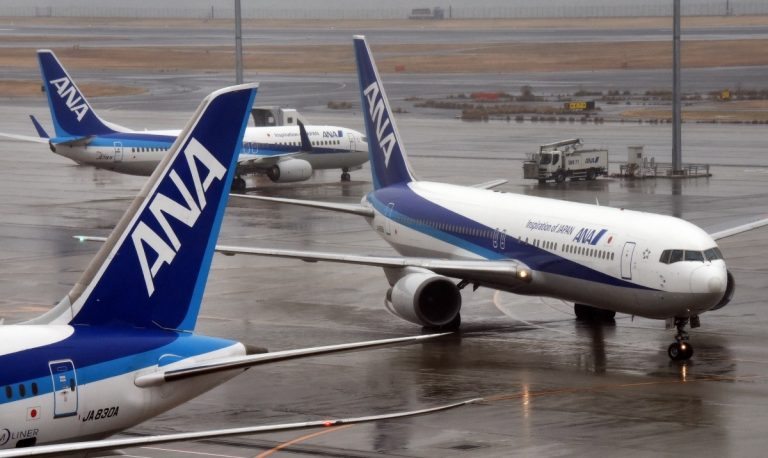 Take a look at both articles below describing the same event: a pilot who forgot his license causing one flight to be cancelled and another to be delayed. Don’t focus on the issue, but rather on the language used.

An All Nippon Airways pilot flew a plane Tuesday without carrying his license as required, the airline said. One flight was cancelled and another flight was delayed due to the problem.

According to ANA, the pilot in his 60s went on duty aboard ANA Flight 259 bound for the city of Fukuoka from Haneda Airport in Tokyo at 3 p.m. The flight carried 217 passengers.

He became aware during the flight that he was not carrying his pilot’s license with him, and reported the fact to the airline. He left the license at home, according to ANA.

Pilots and co-pilots are required to mutually check whether they are carrying their licenses with them before a flight. ANA is investigating whether the checking procedures were conducted before the flight.

The pilot in question was to board ANA Flight 428 from Fukuoka to Itami airport in Osaka Prefecture. But the flight, for which 129 seats were reserved, was cancelled as the pilot did not bring his license with him.

ANA Flight 739 bound for Sendai from Itami was delayed as the airline had to find a substitute pilot. It carried 93 passengers.

An ANA pilot has ruined Christmas for some passengers by leaving his license at home, causing the flight he was expected to pilot to be cancelled outright.

We have all forgotten important things. Our keys, children’s birthdays and even last-minute Christmas shopping. But one airline pilot has forgotten something a little more important; his aviation license. Unlike driving a car without a license, you can’t just pop home to pick it up.

On one hand, you have to admit that forgetting your essential documents as a pilot is pretty silly. If you forget something as simple as that, then it does lead to questioning what else you might be forgetting when flying a plane with 200 passengers on board.

An ANA pilot in his 60s was flying a regular ANA trip with 259 passengers to Kukuoka from Haneda, Tokyo. ANA Flight 259 was on time when the pilot realized something awful; he was missing his all-important commercial aviation license.

He rang up his superiors and explained that he was flying without his license and that he actually left it back at home in Tokyo. As the aircraft was in flight and making good time to its destination, the airline decided to let it continue and land normally, with the 200 or so passengers none the wiser.

The problem is that, by law, pilots are supposed to carry their licenses when they fly the aircraft. More importantly, the co-pilot and pilot are supposed to check each other before take off. Reportedly, ANA is focusing its investigation on this matter at this time. Without a license, the pilot couldn’t operate his next flight, ANA Flight 428 from Fukuoka to Itami in Osaka. Without a pilot, the entire flight was cancelled and forced 129 passengers to find alternative travel.

And the trouble didn’t stop there. A further ongoing flight from Itami to Sendai (ANA Flight 739) was delayed as ANA raced to find a pilot with the right paperwork. What a mess!

In addition to this, what type of failure of ‘pre-flight checking’ involves the copilot and pilot to check each other? Obviously, in this case, this check never happened and the pilots were allowed to continue.

Fortunately, the Simple Flying author strikes the right chord at the end of the article and wonders why there is no systemic solution to avoid this kind of events.

But that leads me to a bigger question: why is a paper-based physical license required? Obviously, you need something to prevent a stranger from rocking up and flying the plane (some sort of digital ID could be used) but canceling further flights because the pilot didn’t have the papers (which for some reason couldn’t be provided by the airline) seems mighty odd indeed.

There are known cases of pilots flying using fake licenses or without any license at all. Isn’t it about time we get an internationally agreed system?