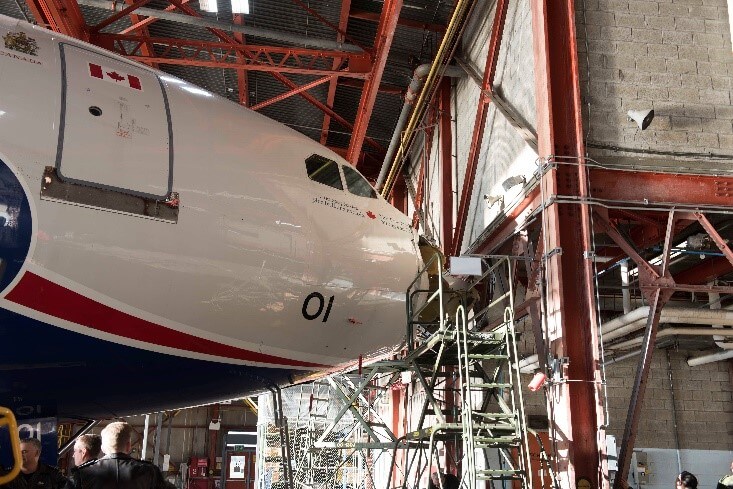 The Royal Canadian Air Force recently revealed that its dedicated CC-150 Polaris VVIP aircraft also referred to as Can Force One, suffered a serious accident while undergoing maintenance nearly two months ago and isn’t scheduled to return to duty until August 2020. Canadian Prime Minister Justin Trudeau subsequently had to fly to London for the annual NATO summit on one of the service’s four other, but less specialized, CC-150s.

The mishap occurred on Oct. 19, 2019, but the Royal Canadian Air Force (RCAF) did not confirm it until Dec. 2. The incident remains under investigation, but the service has said that contract maintenance personnel were towing Can Force One into a hangar when it apparently went out of control and rolled into the hangar wall, crushing the nose. The right engine cowling also suffered damage.

“We do not have sufficient detail about potential costs, or the attribution of those costs, to provide any detail at this time,” RCAF spokesperson Lieutenant Colonel Steve Neta said in a statement. “The incident remains under investigation to determine causes and identify preventive measures.”

Though the exact cost to the repair Can Force One is not yet known, the fact that teams from Airbus, which built the CC-150s, and General Electric, which is responsible for their engines, have already assessed that it will take some eight months to complete the work points to a likely very expensive bill.