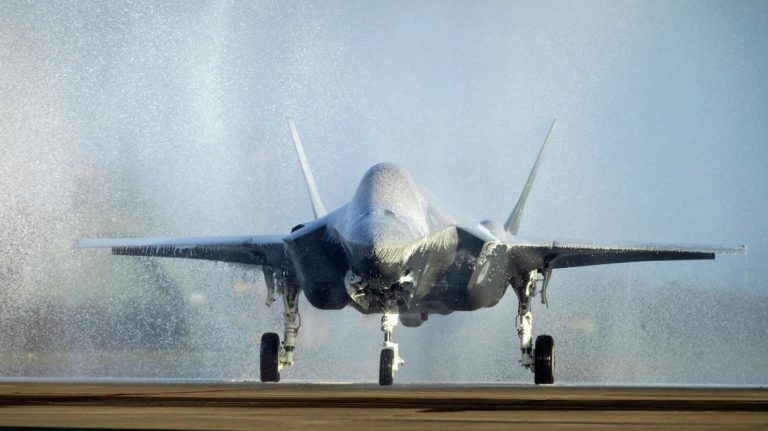 In an embarrassing gaffe by the Dutch military, the first operational F-35A Lightning II for the Royal Netherlands Air Force (RNlAF) got coated in firefighting foam instead of water when the aircraft arrived at Leeuwarden Air Base on Thursday. The incident wound up on Redditt.com, where a string of amusing and off-colour remarks immediately followed.

The flight was significant since the other eight Dutch F-35As have been conducting flight testing from Edwards AFB in the U.S. The F-35A will replace the F-16 MLU in RNlAF service.

According to Reddit user krijgnog5eurovanje, the Leeuwarden AB fire department “was on standby for the water salute when they were called to an actual emergency with an F-16. … When they returned for the water salute, they forgot to switch from ‘foam’ to ‘water.'”