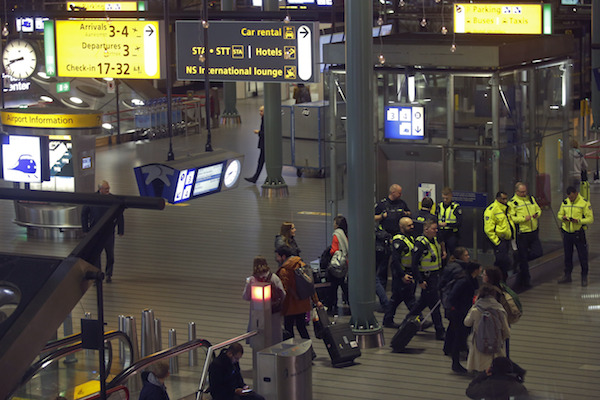 Sitting at the gate prior to departure from Amsterdam, the pilot of Air Europa flight 1094 was demonstrating to a colleague the various special ‘squawk codes’, including 7500—which indicates unlawful interference aboard the aircraft—when he accidentally broadcast the code from the aircraft’s transponder setting off an hours-long security situation as authorities followed protocols for such an event. After the situation was resolved, the flight departed with a 4.5-hour delay.

The pilot who sparked a security scare at Amsterdam’s Schiphol airport on Wednesday night was giving a trainee instructions when he accidentally gave a hijacking alert, airline Air Europa has confirmed. The pilot activated the hijacking alert code as priority passengers were boarding, putting D pier into lockdown and launching a high-profile military police operation which generated news coverage around the world.

No disciplinary measures will be taken against the pilot because there is nothing to blame him for, the airline told broadcaster NOS.